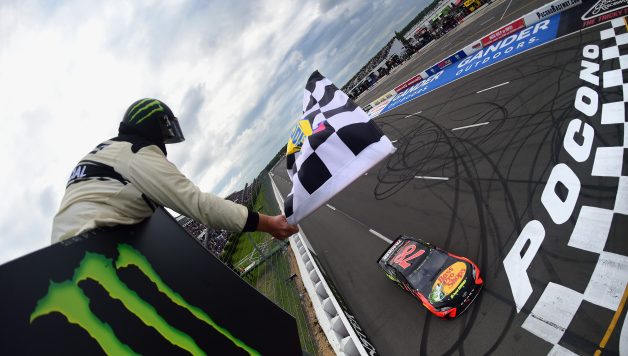 Haverlin’s Hot Take: NASCAR is running itself into the ground

To the surprise of virtually no one, Furniture Row Racing announced that it will cease operations at the end of the season.

FRR is one of the top teams in the garage and having an alignment with Joe Gibbs Racing and Toyota Racing Development has done wonders for the Colorado-based group. But despite its on-track success, the No. 78 still couldn’t lure in a new sponsor to replace 5-Hour Energy.

Why? It’s simply because the cost of funding a competitive race team exceeds what that company gets in return.

People within the industry would tell you that even NASCAR’s best teams, including JGR, Hendrick Motorsports, and Stewart-Haas Racing are still losing money despite being highly-competitive organizations with the most glamorous sponsorship packages.

NASCAR should worry that one of these organization’s teams might be the next to go belly up if something isn’t changed in the sport’s current economic model.

To the fans, racing is a competition. It’s entertainment. They generally don’t think about the business side of it.

But to people who work within NASCAR, it’s a business. The amount of money you spend shouldn’t exceed what you take in. This is the problem that almost every team in the Cup garage is facing. For obvious reasons, it’s not sustainable.

This can’t be said enough: Costs. Must. Come. Down.

Sooner or later, something will have to give. If NASCAR wants to survive, it needs its most popular teams to stay in existence. One of two things will happen: the economic model will be adjusted, and teams won’t be forced to spend an excessive amount of money and ask sponsors to bend over backward for them. Or, teams will continue to leave the Cup garage, and the sport’s popularity will continue to diminish.

“NASCAR will continue to work on growing the sport and working with the race teams on competitive and operational excellence. Much of those efforts have already been put in place, and will continue to be a focus,” the sanctioning body said in a statement.

It damn well better continue to be a focus. Because FRR’s exit is just one of potentially many more to come.