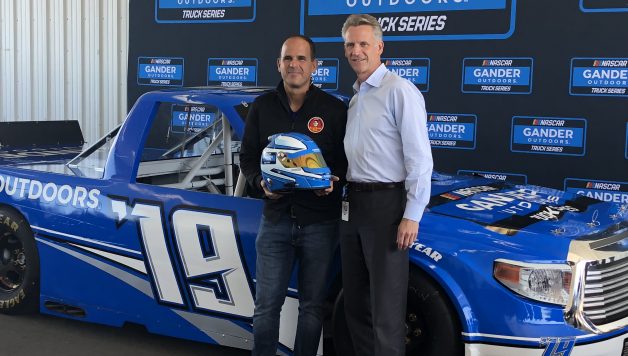 LONG POND, Pa. — NASCAR’s Truck Series will be sponsored by Gandor Outdoors in 2019.

Lemonis, the businessman known for his presence on the CNBC reality series The Profit, believes the Gandor Outdoor Truck Series could be popular in markets that NASCAR doesn’t currently visit. He also said Camping World’s involvement with NASCAR has helped grow the company to four times its size when it was first introduced as the Truck Series’ livery.

.@marcuslemonis just attributed #NASCAR and @NASCAR_Trucks sponsorship as a contributing factor in growing @CampingWorld from a $1 billion company to a $4 billion company during presser at @poconoraceway – wants to do same w/ @GanderOutdoors now pic.twitter.com/2aXdAXAopi

Cities he mentioned include Denver and Milwaukee as potential targets he’d like to see the series race. However, visits to those locations aren’t expected to happen soon as the 2019 schedule is already set.