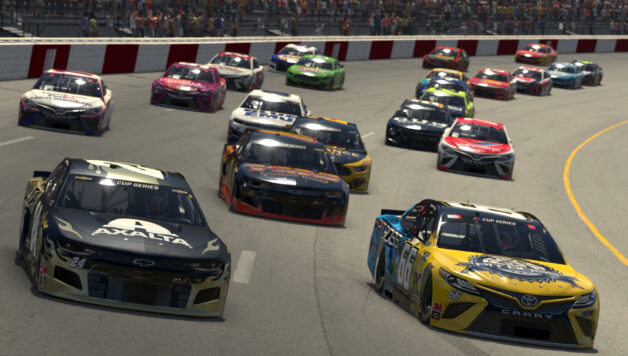 What would the eNASCAR iRacing Pro Invitational standings look like after Richmond?

(Virtual) RICHMOND, Va. — For the second consecutive race, William Byron is a winner in the eNASCAR iRacing Pro Invitational Series.

Byron dominated the Toyota Owners 150 at the virtual Richmond Raceway, leading 94 of 154 laps. He moves from eighth to second in the hypothetical standings created by the New Mexico Motorsports Report while Timmy Hill continues his lead of the pack.

Pole sitter Ryan Preece drops from second to fourth in the standings. He led 59 laps but finished 19th after tangling with Matt DiBenedetto several times during the race.

DiBenedetto was disqualified and earned no points from the Richmond event.

Here’s a look at the hypothetical standings: We will continue to update the hypothetical standings as long as NASCAR continues the iRacing series.

View the standings after the last race from Bristol here.