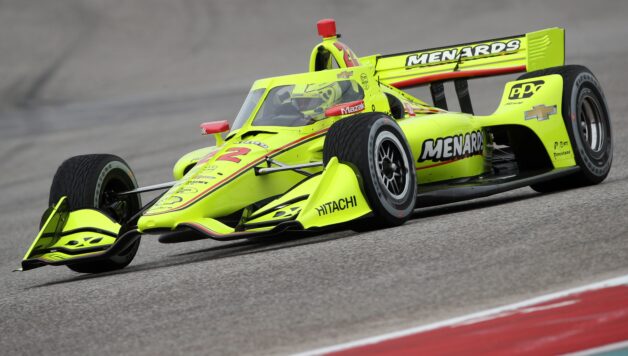 Several news snippets came out of IndyCar on Thursday, including the entry list for the first INDYCAR iRacing Challenge race and rescheduled dates for several events.

Most notably, the 104th Indianapolis 500 has been rescheduled from May 24 to Aug. 23. The GMR Grand Prix will now run on July 4, which is also the day of NASCAR’s Xfinity Series race. Both events will use the Indianapolis Motor Speedway road course. The NASCAR Cup event will still transpire on July 5 on the oval.

The 2020 IndyCar Series season will now open with the doubleheader at Belle Isle in Detroit. The finale will occur on the streets of St. Petersburg. St. Pete’s date has not yet been announced.

The IndyCar race at Mid-Ohio Sports Car Course will now run on Aug. 9 instead of Aug. 16. The event at World Wide Technology Raceway at Gateway has been pushed from Aug. 22 to Aug. 30.

In September, the Grand Prix in Portland is now scheduled for the 13th — one week later than initially planned. Laguna Seca will still occur on Sept. 20, but it is the penultimate race on the calendar.

The events at Barber Motorsports Park, the streets of Long Beach, and Circuit of The Americas have not been rescheduled.

“The Month of May at the Indianapolis Motor Speedway is my favorite time of year, and like our fans, I am disappointed that we have had to reschedule the Indianapolis 500,” Roger Penske, in his first year owning the track and IndyCar, said. “However, the health and safety of our event participants and spectators is our top priority, and we believe that postponing the event is the responsible decision with the conditions and restrictions we are facing. We will continue to focus on ways we can enhance the customer experience in the months ahead, and I’m confident we will welcome fans with a transformed facility and a global spectacle when we run the world’s greatest race.”

The IndyCar Series last ran a 14-race schedule in 2006. However, the Champ Car World Series did so in its final year of existence in 2007.

The desire for a NASCAR-IndyCar doubleheader has been a talking point for several years now. For it to occur, television networks, tracks, and sanctioning bodies would have needed to work together. Unfortunately, the coronavirus pandemic has been the reason for a collaborative effort to happen finally. Still, it’s exciting for fans that will now see IndyCar and NASCAR’s top two series compete at the same place on the same weekend.

“For very good reason, this historic pairing will be circled on the calendar of every motorsports fan,” IMS President J. Douglas Boles said. “We appreciate our friends at NASCAR for their flexibility and support in this matter and will work with them on a memorable, exciting weekend of racing action.”

The last week of August will also be a treat for fans. The Indy 500 and the second Daytona Cup Series race (Aug. 29) will be only six days apart.

IndyCar and iRacing have partnered to create a six-round virtual schedule that will be streamed on INDYCAR.com. The first race, whose track is picked via fan voting, will take place on March 28 at 4 p.m. ET.

The other five races will run at Barber, driver’s choice, a random track, COTA, and a non-IndyCar “dream” track.

As of 8:30 p.m. on Thursday, Watkins Glen had 72 percent of the fan vote, while Michigan International Speedway had 28 percent.