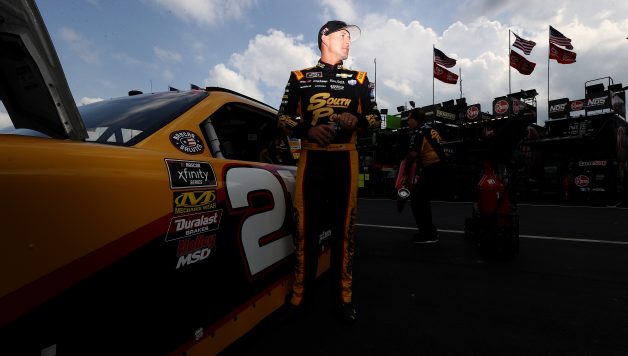 Daniel Hemric to drive No. 8 for Richard Childress in 2019

Earlier this year, Daniel Hemric made his NASCAR Cup debut in the No. 8 car for Richard Childress Racing.

Starting in 2019, he’ll drive that car full-time for RCR in the Cup Series, and contend for Rookie of the Year honors.

Hemric drove the No. 21 for RCR’s Xfinity Series program for the last two seasons. Although he never won a race, he made it to the Championship 4 both years and capped off 2018 with a third-place finish in the standings.

Hemric is replacing Ryan Newman, who has raced the No. 31 for RCR since 2014. Newman will pilot the No. 6 for Roush Fenway Racing in ‘19.

RCR will not use the No. 31 next year. The team only plans to run the No. 3 for Austin Dillon and the No. 8 for Hemric.

For the Daytona 500, RCR will run gold paint schemes on both cars to celebrate the 50th anniversary of the company.