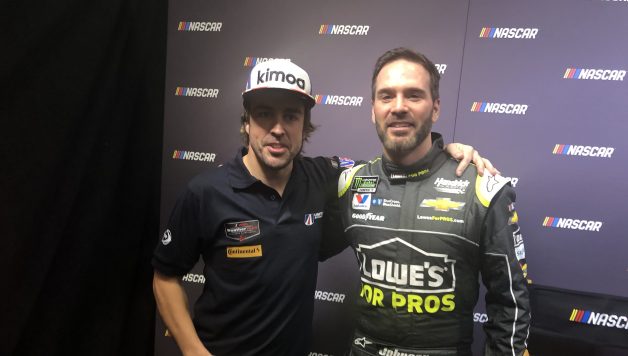 ESPN Albuquerque asked the two legendary drivers about the opinions of their colleagues. Johnson said many Cup drivers are jealous of his opportunity to drive the McLaren F1 car.

Alonso said that F1 might not be “up-to-date,” when compared to NASCAR’s championship format. NASCAR utilizes a playoff system that guarantees a champion will be crown on the last race of the year. In F1, Lewis Hamilton has clinched the driver’s title with Grands Prix remaining.

… (2/2) Alonso talks about the perception of #nascar from Europe. He says #f1 may “not be up to date” when compared to NASCAR and its playoff system. pic.twitter.com/6rU31yYplE