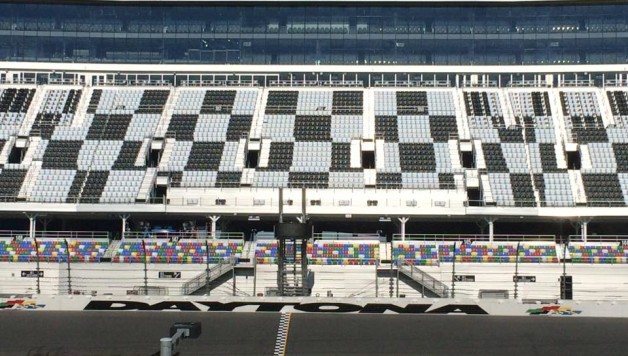 One of NASCAR’s marquee races, the Southern 500, will run this weekend. This annual event held on Labor Day Weekend at Darlington Raceway is one of sport’s “Crown Jewels,” along with the Daytona 500, Coca-Cola 600, and Brickyard 400. But what other American races, including those not sanctioned by NASCAR, are considered the most prestigious in the country? I’ve decided to make a list of MY top 10. Here they are:

Quite a few racing series compete at the famous Western New York road course. But winning the six-hour IMSA sports car race is probably the hardest. This event runs in early in July, making it one of the hottest dates on the IMSA calendar. But the history, charm, and beauty of this venue makes winning all the more better. This track has hosted F1, IndyCar, NASCAR, and sports car races throughout its history. Can you imagine celebrating in the same victory lane where legends such as Jimmy Clark, Jackie Stewart, Jeff Gordon, Scott Dixon or Niki Lauda once stood? Every time I visit this place, I think about the great variety of drivers that have come through it over the years.

Often dubbed “The Track Too Tough to Tame,” Darlington Raceway is one of NASCAR’s trickiest circuits. The egg-shaped oval is known for its narrow racing groove and tight exit in Turn 4 which has been the sight of thousands of encounters between car and wall. The race is historically held on Labor Day weekend and in recent years, “throwback” paint schemes are raced to pay tribute to NASCAR’s roots and greatest drivers. It’s one of the sport’s oldest venues, making it the perfect place to celebrate the past.

The GP of Long Beach is the longest running street race in North America. It’s essentially America’s version of Monaco, as the track runs along the Los Angeles River with a yacht port in sight. This Grand Prix has been the location of various open-wheel competitions, including F1, Formula 5000, Formula E, and most recently, IndyCar. Al Unser Jr. won the race six times as an Indy car driver.

Although Indianapolis Motor Speedway is better known for its open-wheel racing, the NASCAR Cup Series has been making an annual visit since 1994. Obviously, Indy is one of the most historic race tracks in the world. The winning team of the 400-miler gets to kiss the Yard of Bricks, which runs across the track adjacent to the finish line. This tradition was started by Dale Jarrett when he won the race in 1996. Since then, Indy 500 drivers have adopted the practice as well.

Stock car racing’s longest event is famous for its endurance-like competition and being the third and final leg of “The Greatest Day in Motorsports.” After watching the Monaco Grand Prix in the morning, the Indianapolis 500 in the afternoon, we eat dinner with the sight of three dozen stock cars competing at Charlotte Motor Speedway. This event is also known for its production of first-time winners, including Jeff Gordon, Matt Kenseth, Bobby Labonte, Casey Mears, David Reutimann, and Austin Dillon.

This sports car race has been in existence since 1950. It’s been a part of the FIA World Endurance Championship, the American Le Mans Series, and now, it’s race No. 2 on the IMSA WeatherTech SportCar Championship calendar. Danish driver Tom Kristensen won this race seven times, including six as an overall winner. Its Central Florida location often makes for a hot and humid day at the track. It’s is a true test of man and machine.

Although this event isn’t hosted by an American series or even held at the same venue for more than a few years at a time, I felt it was only fair to show some love for the greatest racing league in the world. Although F1 is predominantly European and competes at places such as Spa Francorchamps, Monza, and Silverstone, the USGP is what keeps American race fans interested in the series. Since 2012, the Circuit of the Americas has hosted the USGP. Lewis Hamilton has won five of the six Grands Prix at the Austin, Texas track.

America’s version of Le Mans, the Rolex 24 at Daytona kicks off the start of a new racing season. Many IndyCar and NASCAR drivers compete in this IMSA race, which runs in January. More than 50 cars race on the Daytona International Speedway roval, including Prototypes, GT Le Mans, and GT Daytona vehicles. Scott Pruett and Hurley Haywood have both been victorious in the race five times, which is the record for the most overall wins in one career.

The Daytona 500 is the pinnacle of stock car racing. If the Indy 500, Monaco Grand Prix, and 24 Hours of Le Mans are the top-three races in the world, I might put this at No. 4. The Daytona 500 is often dubbed “NASCAR’s Super Bowl” because its the race everyone wants to win. Aside from the Cup Series championship, this is the greatest thing a stock car driver could win in his career.

Not only is this the biggest race in America; it’s also the greatest in the world. It’s “The Greatest Spectacle in Racing.” Drivers from around the globe dream of winning this event because of its history, tremendous audience and winning purse. A.J Foyt, Rick Mears, and Al Unser Sr. have won it four times. Other notable multiple-time champions include Johnny Rutherford Hélio Castroneves, Dario Franchitti, Juan Pablo Montoya and Dan Wheldon.