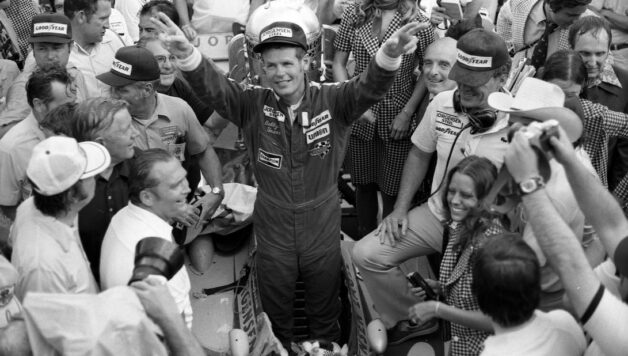 A tribute to Bobby Unser

But that is only scratching the surface of who he was.

“Uncle Bobby” was a talent behind the wheel of a racecar and a personality as large as any in the world of auto racing. He was often an outspoken leader in the paddock, and up until his death on May 2, 2021, he described things how he viewed them and didn’t give a damn what anyone else thought.

“At one time, he was my hero, for sure,” fellow competitor A.J. Foyt told RACER Magazine. “He was a good friend in the beginning before he became a bully. I don’t care for the way he acts sometimes, but nobody could say he wasn’t an exceptional racer. Maybe not the best, but damn good in everything he drove.

“A hard-charger and clean. But being a bully made his racing look better.”

The 1981 edition of the Indianapolis race is notorious and among the most controversial in history because of the overruling of Unser’s victory in favor of runner-up Mario Andretti and then reversing of it to give the official win back to Unser nearly five months later.

With 51 laps left in the race, Unser and Andretti pitted during a caution, and it was deemed that Unser illegally passed eight cars during the yellow flag period. Andretti passed two, and the margin of victory was just over five seconds.

USAC officials revoked the initial victory from Unser and awarded it to Andretti, and this was upheld until October after months of protesting and appealing. Unser was once again named the winner of the race, and a few months later, Unser announced his retirement from racing.

Although he hung up the helmet in the early 1980s, he was still just as prevalent on the racing scene as he was before. Unser took up television broadcasting and was employed by ABC, NBC, and ESPN throughout his 20-year tenure in the booth.

“Uncle Bobby” and Andretti didn’t speak for decades after the 1981 race, but in 2017, Unser’s health began to deteriorate. Andretti reached out to Unser to reconcile their relationship and maintained a friendship until Unser’s death a year ago.

“I’m happy – and I hope he’s happy – that we’re friends again,” Andretti said in a 2020 interview with RACER. “We were great friends for a long time and then mad for many years, but now we’re good. He was so good. He was born with that spoon in his mouth for being a great racer. Just a natural and exceptionally talented. He came along at the right time and stayed with it. He became a hero.”

Andretti and Roger Penske spoke at Unser’s funeral. He was as great a storyteller as he was a fierce competitor throughout his life, and he’ll long be remembered for his distinct personality and knack for racing cars.