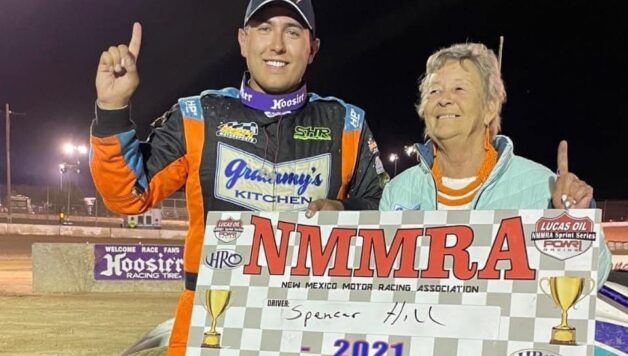 The New Mexico Motorsports Report and The Circuit Journal would like to congratulate our own Spencer Hill for winning the NMMRA Lucas Oil POWRI Sprint Series feature at Sandia Speedway on Saturday night.

It was Hill’s first victory and fourth consecutive top-five of the Sprint Series season. He’s carrying momentum as the NMMRA Sprints stride into the second half of the season.

Keep up the great work, Spencer!