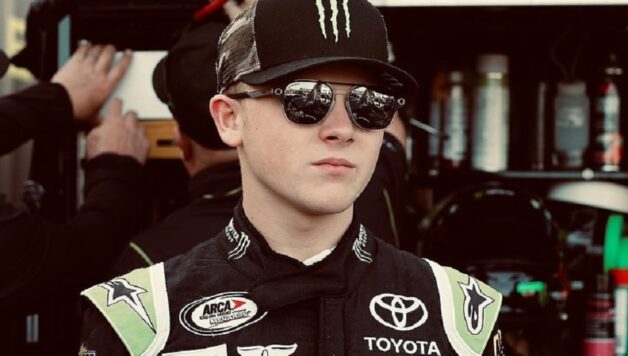 In his NASCAR Xfinity Series debut, Ty Gibbs won the Super Start Batteries 188 at the Daytona International Speedway road course on Saturday. He’s a full-time ARCA Menards Series driver for his grandfather’s team, Joe Gibbs Racing, and will compete on a part-time basis in NASCAR’s second-tier level this season.

Gibbs survived the final restart where he plowed through the infield grass in Turn 1 and held off defending series champion and Daytona road course winner Austin Cindric. Cindric won Stage 1 when he made contact and spun A.J. Allmendinger coming to the green and white flag on Lap 15.

Gibbs won the second stage but relinquished the lead when a late caution flag flew. However, two more restarts allowed him to fiercely advance through the field on fresher tires.

All of the JGR Toyotas finished in the top-six. Daniel Hemric, in his first season with the team, finished third, while Brandon Jones and Harrison Burton finished fourth and sixth, respectively.

There have been fans that were skeptical of Gibbs racing abilities and believed that he had his opportunities simply because of his grandfather. But winning in a debut demonstrated that he is worthy of competing among NASCAR’s best Xfinity drivers.

“This is a dream come true to me,” Gibbs said during his post-race interview on the front stretch with tears of joy running down his face. “This family is everything for me. They do so much for me, and I can’t thank them enough. This is just amazing.”

Gibbs became the sixth driver in Xfinity history to win in his debut. Also notable in his victory was that he never practiced or qualified in an Xfinity car, nor had he ever done live pit stops with it.

Gibbs’ 2021 Xfinity schedule hasn’t been finalized yet, so it is unclear how many events he will run this season. The series’ next race will be on Feb. 27 at Homestead-Miami Speedway.