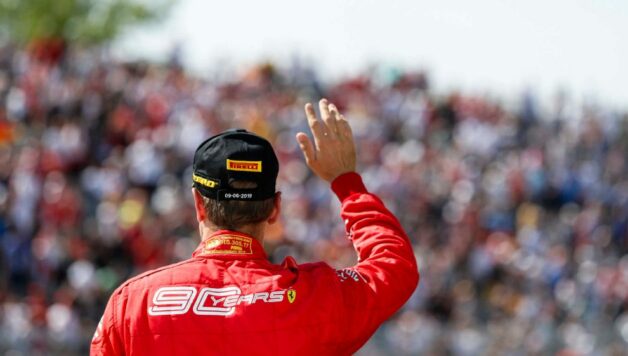 Sebastian Vettel crossed the finish line first, but Lewis Hamilton was deemed the winner of a controversial Canadian Grand Prix at the Circuit Gilles Villeneuve on Sunday.

Vettel accidentally overdrove Turn 3 while leading the race on Lap 48 with Hamilton only a few car lengths behind. Turn 3 is the right-hander of a chicane, so to correct his mistake, Vettel drove his Ferrari through the grass and re-entered the track by cutting the left-handed Turn 4.

In the process, he pinched Hamilton’s Mercedes against the wall at the exit of Turn 4 ensuring that he wouldn’t take the lead. Vettel maintained the top position for the final 22 laps but was given a five-second penalty by race stewards, who declared his re-entry to the racing line an unsafe maneuver.

Despite technically crossing the line second, Hamilton was the official winner and Vettel was awarded a second-place finish.

Was it the right call?

The relevant rules are in Chapter 5 of the sporting code. 2b) "manoeuvers liable to hinder other drivers, such as deliberate crowding of a car beyond the edge of the track or any other abnormal change of direction, are strictly prohibited." 1/

“Maneuvers liable to hinder other drivers, such as deliberate crowding of a car beyond the edge of the track or any other abnormal change of direction, are strictly prohibited,” the rule states.

Imagine merging onto the interstate but not yielding to cars already moving at a faster speed. If you cut everyone off and a traffic officer sees you do it, surely, you’re going to get a ticket. In this case, Vettel got a five-second penalty.

But in Vettel’s defense, controlling a racecar as it runs over grass is incredibly difficult. He said he couldn’t properly re-enter the track because it was too hard to handle as he went over the turf. He pleaded that his block on Hamilton wasn’t deliberate, but the stewards weren’t buying it.

What’s Seb supposed to do?Crazy ,the car stepped https://t.co/ybVmo5UkQL that point he was a passenger.

I think the function of the stewards is to penalize flagrantly unsafe moves not honest mistakes as result of hard racing. What happened at #CanadaGp is not acceptable at this level of our great sport. @F1

Was this another example of over-officiating by the F1 governing body or do you believe the decision should stand? Here is what Vettel thought after the race: