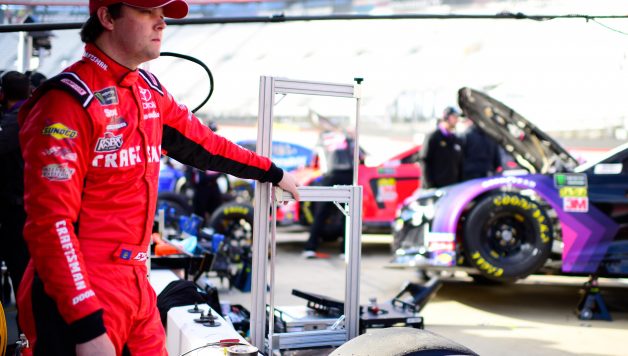 Outside pole sitter Erik Jones, Chase Elliott, Daniel Suarez, and Jimmie Johnson did not pass inspection on the first attempt. They all forfeit their top-10 starting positions and will take the green flag from the rear.

Aric Almirola and Denny Hamlin also failed. They would have started 15th and 18th, respectively. Hamlin will have a crew member ejected for failing a second time.

Matt Tifft would have had his best starting position of the season if he passed, but he didn’t so he’ll give up 20th. Tifft will also have a crew member ejected. Joey Gase was the eighth car to fail.

Pole winner Kevin Harvick, who failed inspection thrice at Bristol last week, passed on the first try. Kurt Busch will line up on the outside row after qualifying third.