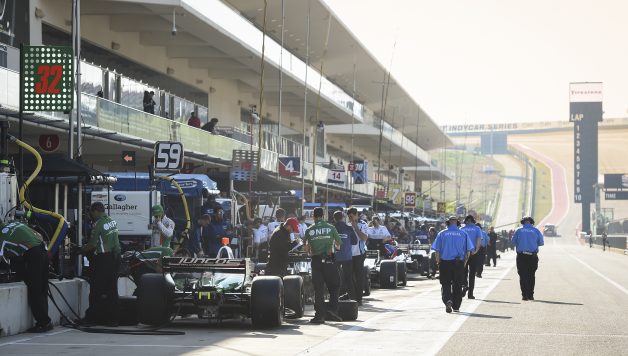 AUSTIN, Texas — The first day of on-track activity at the Circuit of The Americas featured practice sessions for the NTT IndyCar Series, as well as qualifying for Indy Lights and practice for Robby Gordon’s Stadium Super Trucks series.

The Team Penske duo of Will Power and Josef Newgarden led Friday’s practice sessions for the inaugural IndyCar Classic. Power laid down the fastest lap of the day at one minute and 47.44 seconds (114.259 mph) in final practice before Saturday afternoon’s qualifying.

Andretti Autosport rookie Oliver Askew won the pole for the first race of an Indy Lights doubleheader at COTA. Askew turned the fastest lap of one minute and 55.55 seconds around the 3.41-mile track to claim the top spot for Saturday’s race.

“The pole run was really good,” Askew said. “It’s so hot, so all we really get is one peak lap if that. Sometimes it’s only a half a lap when the tires are at their best.

“It was important to manage that and not make any mistakes and put all the corners together. My first thought was Andretti 1-2-3. It’s unbelievable for the team. It says a lot about what they do here and how much effort they put into the cars.”

Askew outran teammate Ryan Norman by over a half-second and joined him on the front row for the event. Robert Megennis completed the Andretti podium in his No. 27 Honda.  Zachary Claman DeMelo was the only car not to turn a lap in the session.

Listen to the full post-qualifying interview with Askew here: