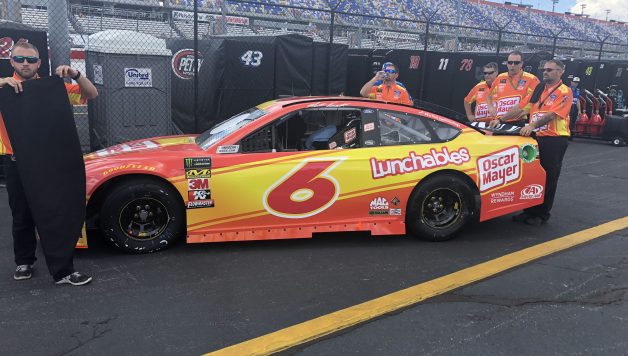 DARLINGTON, S.C. — As Oscar Mayer hot dog whistles were handed out in the media center for a simple sponsor plug and a few laughs, Matt Kenseth spoke to the press at Darlington Race on Friday afternoon.

Kenseth talked with the New Mexico Motorsports Report about the struggles of returning to Roush Fenway Racing midseason.

“There’s a lot to learn, a lot to take in, a lot of differences so just trying to figure out all the people and the system again. Where we’re at and where we need to go.”

One of the key moments of Kenseth’s presser was when he was asked if he would want to return to full-time racing in the NASCAR Cup Series.

Kenseth claimed a victory in the Southern 500 in 2013, driving for Joe Gibbs Racing. In his time with Roush Fenway Racing, Kenseth finished no better than third at the South Carolina track. This season hasn’t been good for Kenseth so far, only cracking the top-15 just twice in his eight races.