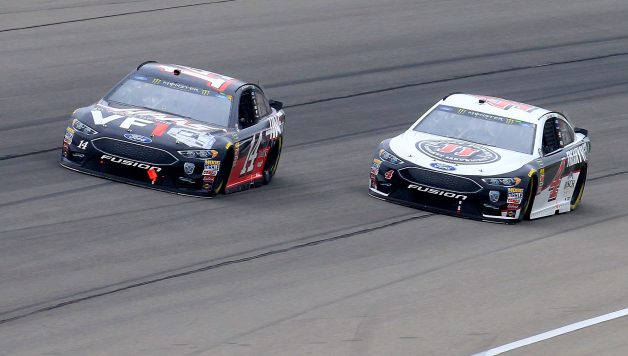 Haverlin’s Hot Take: At best, NASCAR Cup Series has been a four-man race this year

In a field of more than three dozen entries, four drivers have won all but two races on the NASCAR Cup schedule.

Over the last two-plus seasons, the consensus was that the Toyota Racing Development (Joe Gibbs Racing and Furniture Row Racing) entries had the on-track advantage. Toyota has won the two most recent Manufacturers’ Championships and two of the last three driver titles.

After the season finale at Homestead-Miami Speedway, where Truex won his first career championship and FRR’s first title, Team Penske driver Brad Keselowski said the Fords were in for a “drubbing” in 2018.

But the Penske and Stewart-Haas Racing Fords have consistently been among the best each week. The Chevrolets have been the worst among the three manufacturers.

It’s strange. When the new Camry was introduced at the beginning of last season, the Toyotas had no problem getting up to speed. Truex and Busch were at the front every week, and it seemed that one of them was destined to win the Monster Energy trophy at Homestead last November.

However, Chevrolet introduced the Camaro ZL1 to NASCAR’s elite level this year with high expectations, too. But aside from Dillon’s Daytona 500 victory and Kyle Larson’s ability to be a weekly contender, the Bowties have severely disappointed.

Larson believes the new body style has been the excuse most Chevrolet organizations have used this year to explain the lack of results.

“I have never felt like Chevys have been at a disadvantage this year,” Larson said earlier this month. “I think some of the teams maybe just use it as an excuse, where we don’t do that.

Whatever the reason, Chevrolet has its work cut out. Hendrick Motorsports has rarely seen the top-five this year, and Richard Childress Racing is a top-15 team at best. If it’s not Larson and Chip Ganassi Racing representing Chevy at the front of the pack, it’s no one.

Harvick and Busch have dominated, winning 60 percent of the races in 2018. Truex’s Pocono victory put him in the “Big 3” discussion. An argument could be made that Bowyer or Larson is the No. 4 driver, although they’re not at the same level as Harvick and Busch.

Someone else will win at some point this year. It has to happen eventually. But right now, it appears the favorites for the Championship 4 have already made it known that they’ll be the ones to beat when the playoffs arrive.