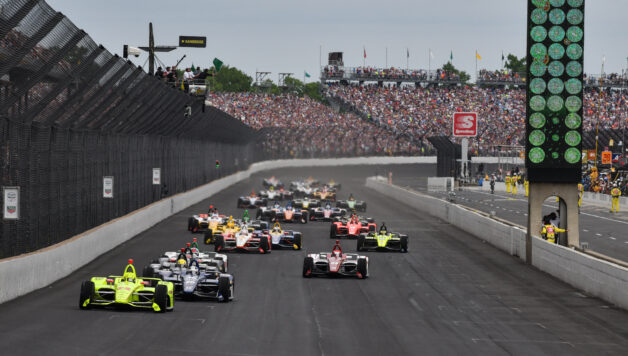 Later this month, the 104th Indianapolis 500 will take place. However, it will be an unprecedented version of the race as no fans will be in attendance for the Aug. 23 event due to the COVID-19 pandemic.

On Thursday, NASCAR team Rick Ware Racing announced a partnership with Dale Coyne Racing, Byrd Racing, and Belardi Racing to field James Davison in the race. There are now 32 confirmed entries, although more may be announced in the coming days before the first practice on Aug. 12.

Josef Newgarden, Hélio Castroneves, Will Power, and Simon Pagenaud will run for The Captain. Newgarden looks to win his first 500 while Castroneves hopes for a record-tying fourth.

Charlie Kimball will drive the No. 4, while 2013 race winner Tony Kanaan is set to make his final 500 start in the No. 14. Rookie Dalton Kellett will pilot the No. 41.

The two most recent Indy Lights champions Pato O’Ward and Oliver Askew will both make their debut in this year’s running while two-time Formula 1 champion Fernando Alonso returns for his third attempt, driving the No. 66.

2019 Indy 500 Rookie of the Year Santino Ferrucci returns with DCR in a partnership with Vasser-Sullivan. Alex Palou will make his first attempt with DCR and Team Goh. And Davison will run the No. 51 — a number used by RWR in the NASCAR Cup Series.

Sage Karam and J.R. Hildebrand will again be the team’s two wheelmen for the 500.

Jack Harvey will drive the No. 60 for this primarily sportscar-based team. It has a technical alliance with Andretti Autosport.

Graham Rahal and 2017 winner Takuma Sato will return, and Spencer Pigot joins in a joint effort with Citrone/Buhl Autosport.

Other teams that could attempt the 500 include sportscar team DragonSpeed, who is yet to announce a driver. It made its debut last year with Ben Hanley.

Juncos Racing will need sponsorship to run the event. The team shocked the racing world last year when Kyle Kaiser bumped Alonso and McLaren in qualifying. Drivers who competed last year without anything set right now include Pippa Mann and Oriol Servia.