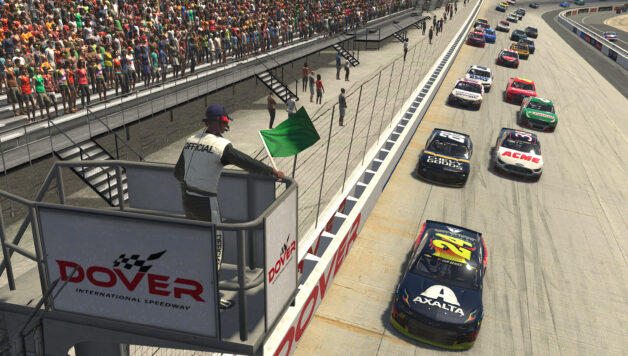 The Pro Invitational Series has been great. But it’s time for real-life NASCAR to return

It’s still another two weeks until NASCAR visits a real track again, but the hunger to see real-life racing is already there. The iRacing Pro Invitational Series has been enjoyable, but it has run its course.

At first, it was fascinating to see who would excel at iRacing in a field full of NASCAR Cup Series drivers. Typically found at the back of the grid are Timmy Hill, Garrett Smithley, Landon Cassill, and Parker Kligerman, to name a few. But not in sim racing. They were the stars of the show, along with William Byron, who won three Pro Invitational events.

Hill won at the virtual Texas Motor Speedway with a bump-and-run effort on Byron. But Byron then won three of the next four races. For his victory at Dover on Sunday, Byron passed Hill, who was on older tires, in the closing laps.

There’s one more race left, and it’s at the virtual North Wilkesboro race track. NASCAR hasn’t raced there in 24 years, but iRacing has brought it back to life digitally.

This is an appropriate way to end the series — a place that real cars can’t visit. North Wilkesboro has been a talking point for years from fans, but in all reality, it’s a nearly impossible task to make it a venue suitable for racing again. It’s just too run down to be renovated and brought back to life. But fans can soak in the racing from the old short track one final time next weekend.

Two Sundays from now, NASCAR will race at Darlington Raceway for a 400-mile event. It will be the first real race to transpire since the March 8 FanShield 500 at Phoenix Raceway. Undoubtedly, every single driver, team member, race fan, and any individual who follows NASCAR is excited.

“It’s going to be huge,” Hill told Fox Sports after Sunday’s Finish Line 150. “I’m looking forward to getting back to real racing and seeing all of our friends in the racing community. This iRacing Pro Invitational has been a blast. It’s really brought us all together, and we’ve really had a lot of fun running these races. … I can’t wait to get back to see everybody’s faces. Getting back to real racing at Darlington, it’s going to be a blast.”

Byron, too, is looking forward to racing with the stars of the Cup Series again. It seems like he is ready now more than ever to return to a real race track. His confidence has increased since winning thrice in the Pro Invitational Series.

“Racing anything … it’s going to give you confidence if you’re winning,” Byron said. “So it’s been a lot of fun for me; I really enjoyed it. I’ve learned a couple of things, too, with my driving style for certain race tracks.

“Excited for Darlington when we go back. I think it’s going to be a really fun race for us.”

When cars first hit the Darlington pavement, it will be for the actual race. There will be no practice or qualifying. Darlington will be a one-day show, so teams don’t have to stay overnight at hotels. It will keep team members safer, and it will be more cost-effective to have industry folks in their own beds in the Charlotte area every night.

“Going into that first corner is going to be an unknown,” Byron said. “But I know Chad (Knaus, crew chief) and the guys are going to bring an awesome racecar.”

The COVID-19 pandemic has been a tough situation for people around the world. For auto racing fans, it’s meant no road trips to the race track. No tailgating parties in the infield. No cheering or booing drivers or getting their autographs and selfies from them. No celebrating their favorite driver’s victory.

But NASCAR and IndyCar have been resilient through the crisis. Each series created an iRacing league that featured the “regulars” but on a digital platform. And both series used the same broadcasting teams for their iRaces as they would for the real events.

Some of the Pro Invitational Series broadcasts exceed more than 1 million viewers. That’s almost triple the second-best sport — the NBA’s virtual Pro Tournament — which had its peak of less than 400,000 on ESPN last month.

iRacing has had the advantage over all other esports because it is the most realistic and it’s brought back retired fan favorites such as Dale Earnhardt Jr., Bobby Labonte, Greg Biffle, and Jeff Gordon. But let’s face it — it’s still not the same as real racing. And to be fair, it never was meant to be anyway.

One more weekend of iRacing at the virtual North Wilkesboro will be fun because almost every driver that will run next Saturday is unfamiliar with the circuit, and some of the cars will run throwback schemes at the track. If there’s something fans love, it’s throwback cars.

Hang in there. May 17 will come soon enough. And when it does, there will be three more Cup races to follow in a 10-day span.