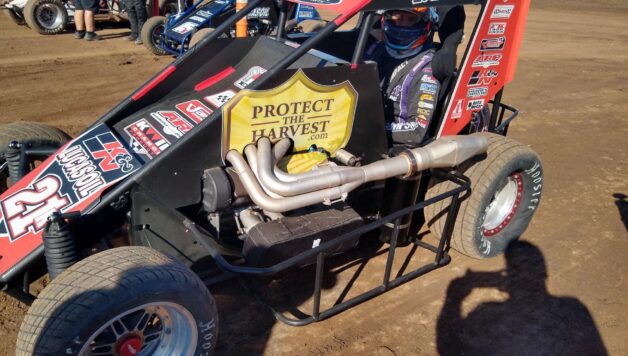 “I would like to thank Cory Kruseman for this terrific opportunity to drive his car at the Chili Bowl,” said Saiz.

Saiz has been highly active this year, pulling double duty in POWRi 305, Desert Wing 360 and Lucas Oil POWRi NMMRA Sprint Car Series action at Sandia Speedway, Vado Speedway, Aztec Speedway, along with select shows in Arizona and California. Saiz collected three wins with fourteen top-fives in non-wing competition, two wins in the winged 360 at Sandia and one 305 win at Vado Speedway. Saiz also raced a Cory Kruseman sprint car at Ventura Raceway, in Ventura, California, collecting a win on the 25th of September.

Saiz is a rising star in sprint car racing and now works to expand his success as he makes his first midget start, competing against some of the best in industry with the names of Brady Bacon, Daryn Pittman, Tanner Thorson, Christopher Bell, and Kyle Larson.